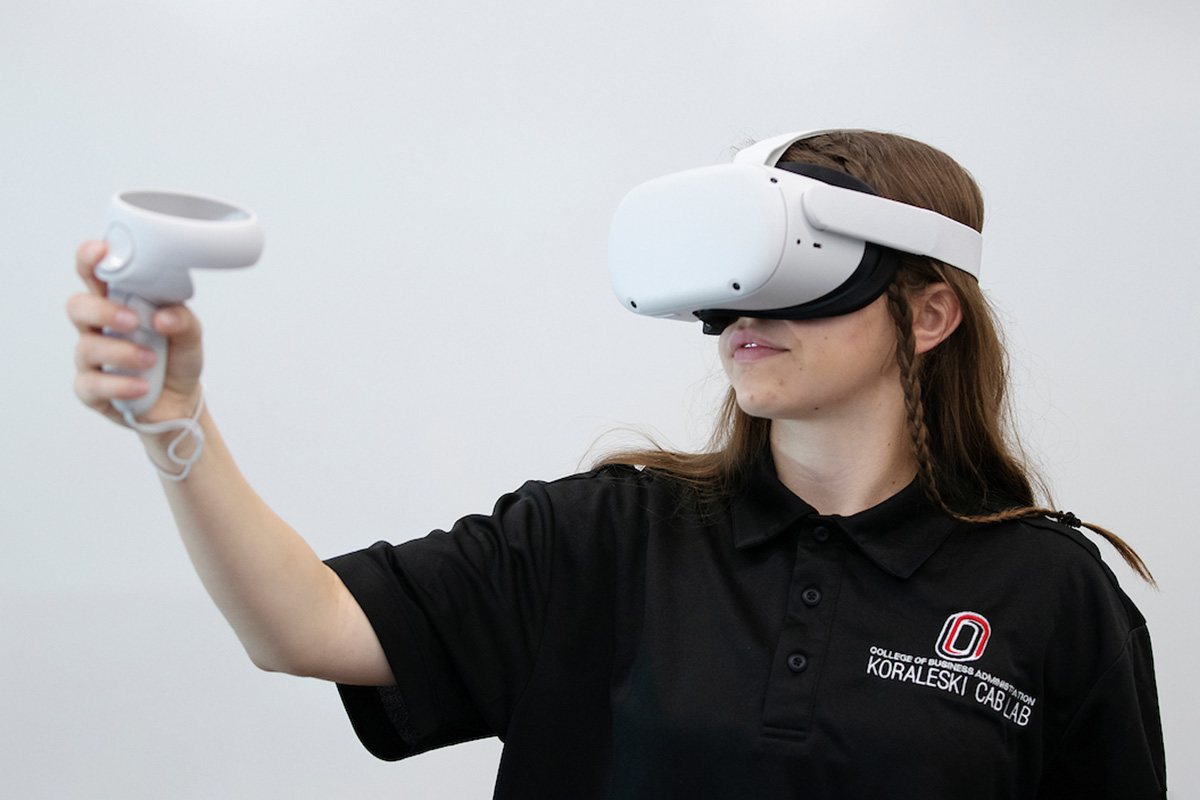 A student demos an Oculus virtual reality device, which has metaverse applications, in the Jack and Stephanie Koraleski Commerce and Applied Behavioral Laboratory.

The metaverse, a newer immersive virtual and/or augmented reality version of the internet, holds potential for new opportunities, but it could also be exploited by those looking to cause harm.

Joel Elson, Ph.D., Austin Doctor, Ph.D., and Sam Hunter, Ph.D., all researchers within NCITE at UNO, co-authored a piece that was recently published by The Conversation on a potential dark side of the metaverse.

“To be clear, we do not oppose the metaverse as a concept and, indeed, are excited about its potential for human advancement. But we believe that the rise of the metaverse will open new vulnerabilities and present novel opportunities to exploit them,” they write.

The full piece includes three ways that the metaverse will complicate efforts to counter terrorism and violent extremism. It can be read in its entirety on The Conversation’s website, on Yahoo! News, MarketWatch, Apple News, and dozens of other platforms and media outlets nationwide.

About the University of Nebraska at Omaha

Located in one of America’s best cities to live, work and learn, the University of Nebraska at Omaha (UNO) is Nebraska’s premier metropolitan university. With more than 15,000 students enrolled in 200-plus programs of study, UNO is recognized nationally for its online education, graduate education, military friendliness and community engagement efforts. Founded in 1908, UNO has served learners of all backgrounds for more than 100 years and is dedicated to another century of excellence both in the classroom and in the community.