Home /
Metaverse /
Should employees be worried about working in the metaverse? - Tech Wire Asia

Should employees be worried about working in the metaverse? - Tech Wire Asia 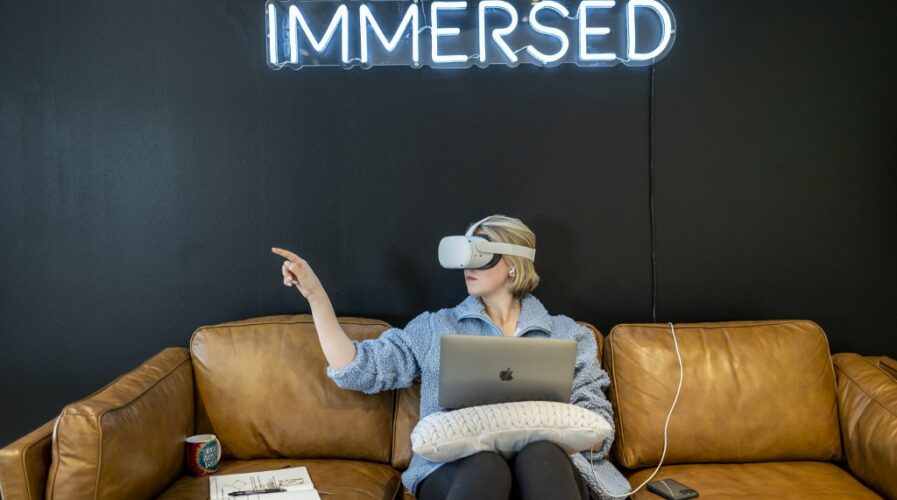 There have been bold predictions that sooner than we might think, the shift towards remote and hybrid working might soon be bolstered by real-world uses of a workplace metaverse. Adding credibility to the case supporting hybrid work arrangements are claims by Facebook parent Meta and others that virtualized, 3D spaces could enable seamless work transitions between the office and other physical environments.

But while working in the metaverse can appeal to some and be intriguing to others, there is an entire contingent of people – both employees and senior management – who are sceptical about how a workplace metaverse might actually play out in a real sense. One of the primary concerns dictating workplace watercooler conversations about the metaverse since the likes of Meta and Microsoft announced enterprise plans for virtual collaboration platforms, revolves around privacy concerns.

Specifically, a new ExpressVPN survey of 1,500 employees and 1,500 employers in the US uncovered that a disproportionate number of workers there feel that a metaverse workplace will be prone to a heightened amount of employee monitoring, perhaps even significantly higher than what they already endure in their physical office spaces. 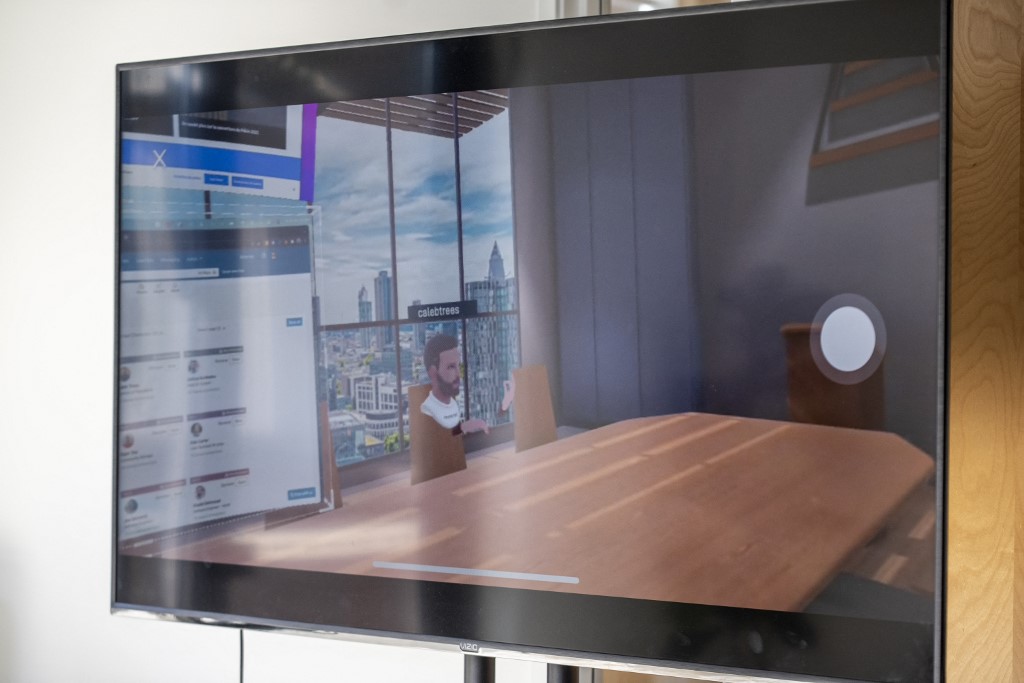 A demonstration of the Immersed Virtual Reality program which can be used for many applications including virtual meetings. (Photo by Sergio FLORES / AFP)

In fact, a prior ExpressVPN study had already found that with the majority of employees (81%) using an employer-provided device, more than half (51%) said they knew their employer was actively viewing their communication and online activities, through platforms like Microsoft Teams and Slack as well as dedicated employee performance services such as real-time screen monitoring, productivity hours logged, as well as email and call transcriptions to name a handful.

There are a number of issues that raise workers’ concerns, including ethical questions about privacy and individual freedoms. For instance, many staff are not even aware of monitoring policies in their organization, having not been informed or missing the policy update notice that they would be monitored going forward. While monitoring employee behaviors might make sense from the employer’s perspective to inform their decisions on performance reviews, the specter of ‘Big Brother’-like surveillance overlooks the impacts it could have on staff morale, mental wellbeing, and rights.

The new ExpressVPN research detailed that while 77% of employers have an active interest in immersive work environments like the metaverse, only slightly over half (57%) of employees surprisingly felt the same way – despite the newness and workplace gamification of the concept. 63% of workers have concerns about their employers harvesting their data, personal or otherwise, while working in the metaverse.

“Employee monitoring software has become a popular way for employers to keep an eye on their employees during the rise of work-from-home, and the metaverse will only increase the potential for surveillance activities,” the report surmised.

At least half of employees are worried about surveillance in a virtual workspace, with the tracking of their real-time location and real-time screen monitoring (51% and 50%, respectively) topping their list of concerns. 73% of employers admitted in the survey to surveilling staff in and out of the workplace, so employee concerns of the metaverse are likely warranted about the real-time accessing of their devices, along with the increased likelihood of recording their discussions and tracking their time and activities in a virtualized environment.

In an interesting cross-section of working generations: 41% of millennials, 43% of Gen Xers, and 39% of baby boomers felt that employer surveillance was a pressing issue about working in the metaverse – compared to just 29% of Gen Z, who are both the youngest generation in the workforce as well as the generation most curious and excited (53%) about working in an immersive digital world. 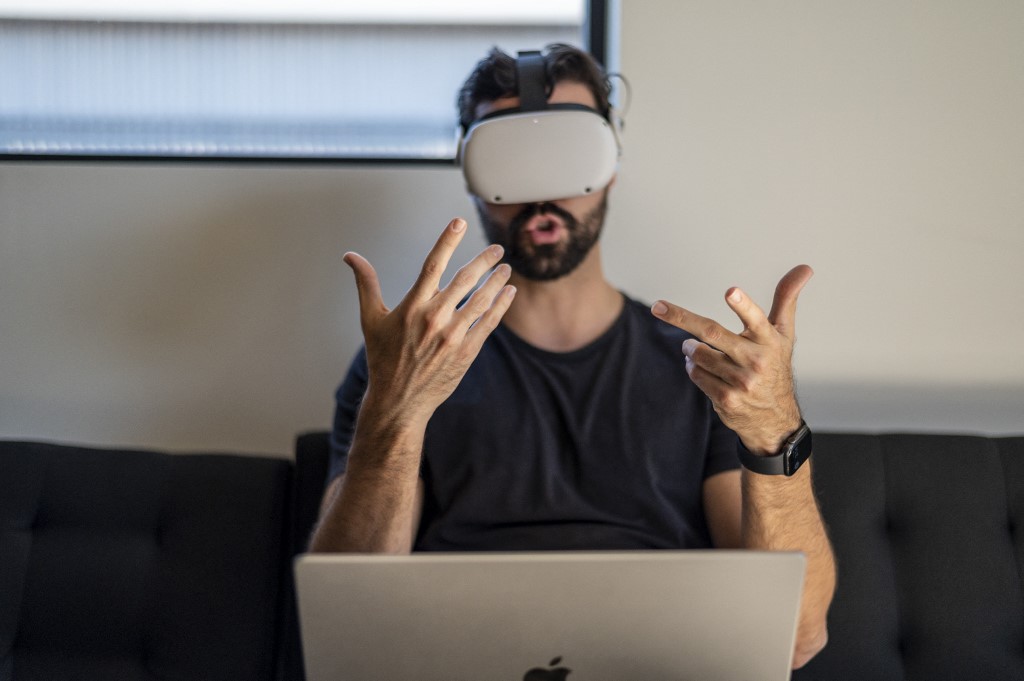 Meetings in the metaverse might make sense in the hybrid working reality, but are workers’ rights at risk? (Photo by Sergio FLORES / AFP)

But when it came to concerns about their digital privacy and security, there was more parity across generations: 40% of Gen Zers, 46% of millennials, 47% of Gen Xers, and over half (53%) of baby boomers felt this was a critical area of concern in a metaverse workplace.

The data strongly suggests that while staff surveillance will provide employers with more peace of mind when they transition to a 3D immersive office, the opposite effect is likely to brew among employees, especially a sense of mistrust and the possibility of workforce morale plummeting.

“Given the reluctance of many workers to accept further surveillance in the workplace, employers should tread carefully when planning to implement further monitoring activities in virtual workspaces and consider whether they’re worth the potential loss of trust and satisfaction among their employees,” summarized ExpressVPN Vice President Harold Li.

The research also drew attention to the technology giants who are prime movers in this space, with productivity veteran Microsoft the most trusted (61%) among workers, with converged hardware and software specialists Google (58%) and Apple (57%) middling, and the ironically-named Meta the most distrusted to properly protect their data in a workplace metaverse, earning just 36% of workers’ trust.

“To create more enthusiasm about the new technology, employers should consider educating employees about how companies like Microsoft, Google, Nvidia, and others are enabling virtual work experiences and what a day could look like in a future metaverse work environment,” concluded the ExpressVPN report. “Companies like Meta (formerly Facebook) have a long way to go when it comes to regaining trust, which will inevitably weigh into consumer willingness to adopt the new technology.”

Joe's interest in tech began when, as a child, he first saw footage of the Apollo space missions. He still holds out hope to either see the first man on Mars, or Jetson’s-style flying cars in his lifetime.

should employees worried about working metaverse
Read The Rest at
techwireasia.com